0
was successfully added to your cart.

What Made the Vietnam War So Difficult? Secret Revealed! Vietnam war has been written in history as a “Colossal strategic blunder.” It was the biggest humanitarian disaster ever caused by war, which resulted in almost 2 million causalities in Vietnam, but they never surrendered to American political and economic rule. The Vietnam war has profound roots instigated by the regional economic and political past.

History identifies the only reason the United States had to be involved in Vietnam was its personal objective of preventing communism from prevailing in the region. The indigenous people in Vietnam gave it the slogan of “War Against the Americans to Save the Nation.” The tricky games of superpowers nations were unfathomable to many at first. Regardless Vietnamese were so clear in their direction. No power on earth could break the relentless effort and unfaltering passion they carried in their hearts to free their state from foreign rule. Here we discuss what made the Vietnam war so difficult for everyone involved.

Why did the Vietnam war start?

Vietnam war that instigated by a civil war where the communist government of north Vietnam and its supporting wing; aka ‘Viet Cong,’ in the south of Vietnam began an uprising against the South Vietnamese government that was supported by its foreign ally, the United States. The war was also considered a part of a more significant regional conflict; The cold war between the United States and the Soviet Union, the two superpowers, and the countries that supported them. Vietnam, a country located on the Indochinese peninsula in Southeast Asia, moving towards becoming a communist state, had to face the influence of foreign superpowers. Which they repelled vehemently, and it proved to be a miserable defeat for American forces.

What made the Vietnam war so difficult for US Soldiers? 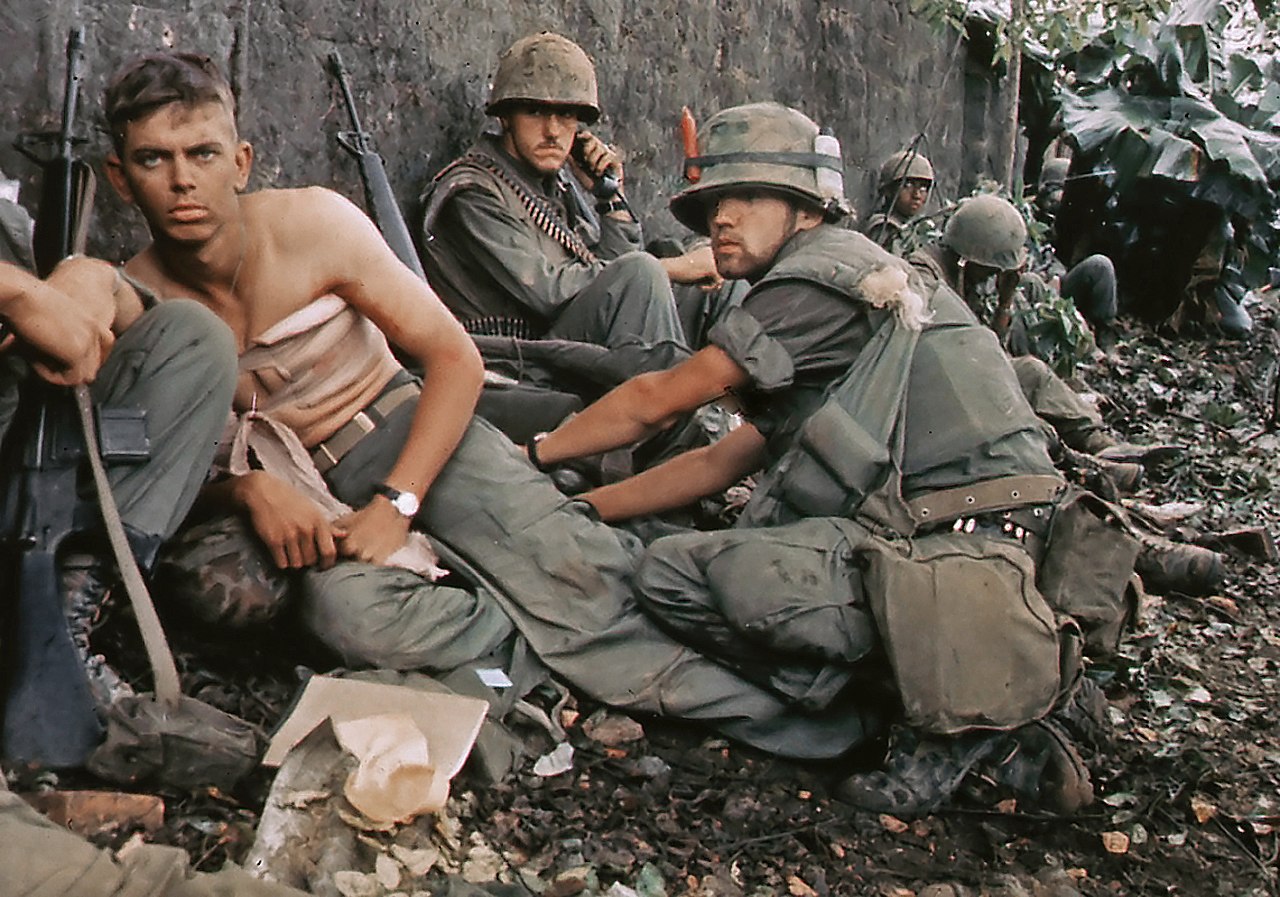 A marine gets his wounds treated during operations in Huế City, in 1968

There were a number of factors that made the Vietnam war so difficult for the American Forces. The conflict in Vietnam was much more different than the other wars in which the United States indulged itself. The most important aspect of that was the firm courage of Vietnam soldiers who, regardless of unsupported conditions; managed to take the hell onto their shoulders and walk towards their freedom from overruling American forces.

Multiple factors made the Vietnam war unpredictably tough for US soldiers. Most of the significant obstacles for them were physical challenges posed by the country’s climate, terrain, and wildlife, especially poisonous serpents. They could face any sort of ambush and troubles anywhere. There were no rules in war. What was more exhausting for soldiers was that war was becoming almost unending. So, they faced logistical problems and couldn’t use the country’s internal aspects to their benefit. There was a complex political situation in Vietnam: people’s unclear loyalties to any political party. Let’s learn the details of how these factors affected American forces and forced them to leave the ground in the Vietnam war.

Some of the aspects that made the Vietnam War So Difficult

Vietnam war had unprecedented attributes as troops in the north and their southern wing, “Viet Cong,” were not as handsomely equipped with armaments and other resources as US soldiers. US soldiers were well-trained in combat, and they had high-caliber weaponry. Despite that, they faced severe difficulties and ended up withdrawing their arm force from Vietnam after 500,000 US soldiers died in the war. For what exactly? They themselves didn’t know. 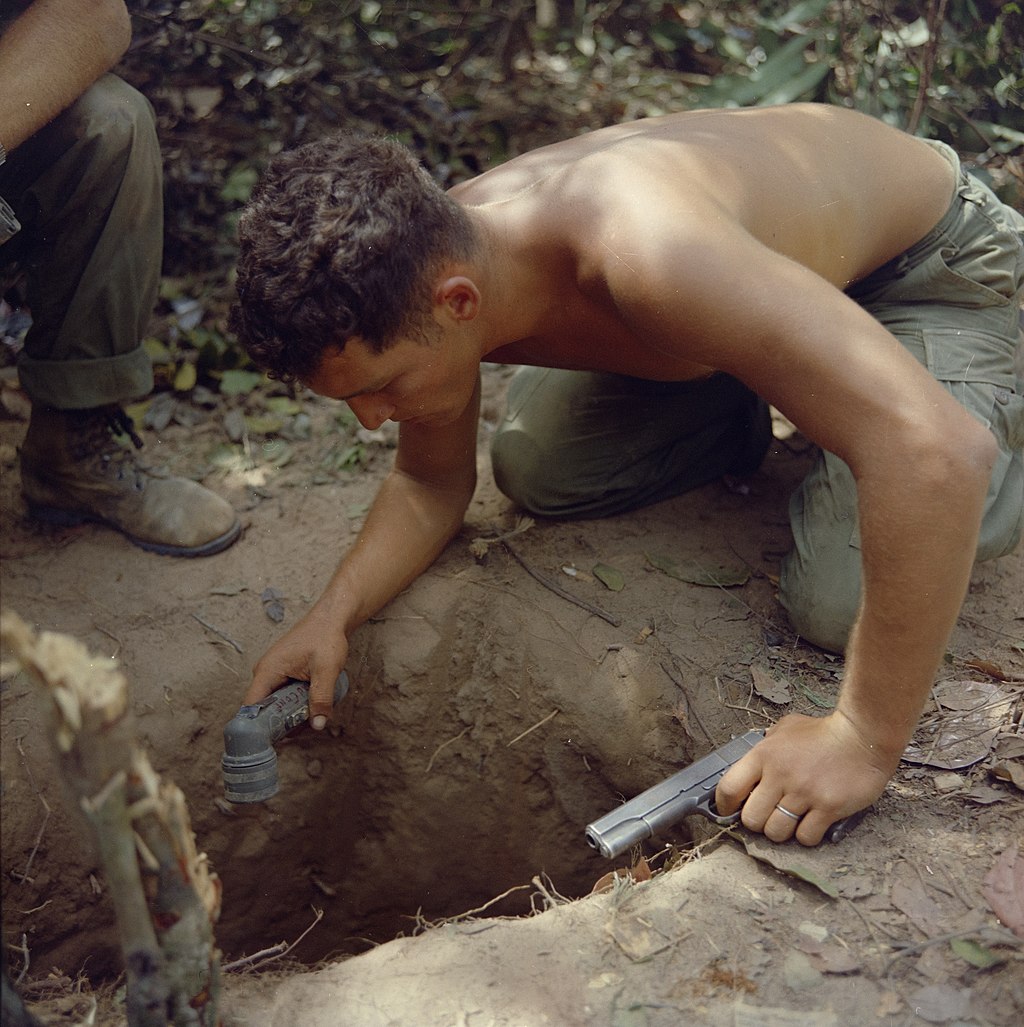 A US “tunnel rat” soldier prepares to enter a Viet Cong tunnel.

The Nort Vietnam army and Viet Cong had previously been fighting Indochinese wars against the French empire for a decade, giving them valuable insights into western war techniques. One advantage the Vietnam army had over the United States was that they knew them so well; the capabilities and tactics of their enemies. So, they changed the game by never orchestrating a complete battle. Instead, they applied guerilla warfare tactics, secret ambushes, hit and run, traps and sabotage, and landmines in the enemy’s vicinity.

Where Vietnam soldiers were fighting with their whole hearts and soul to get the motherland back from foreigners, American soldiers, on the other hand, were fighting yet another war just because their higher-ups ordered so. They had no clear purpose for motivating the soldiers. Having been involved in multiple baseless wars, which they directly had no link to or reason to get involved in, US soldiers were gradually losing Interest in fighting from hearts and minds. They were tired of their leaders’ self-interested decisions.

As one US soldier in Vietnam asked: “What am I doing here? We don’t take any land. We don’t give it back. We just mutilate bodies. What the f–k are we doing here?”.
-Sources: Vietnam War Soldiers 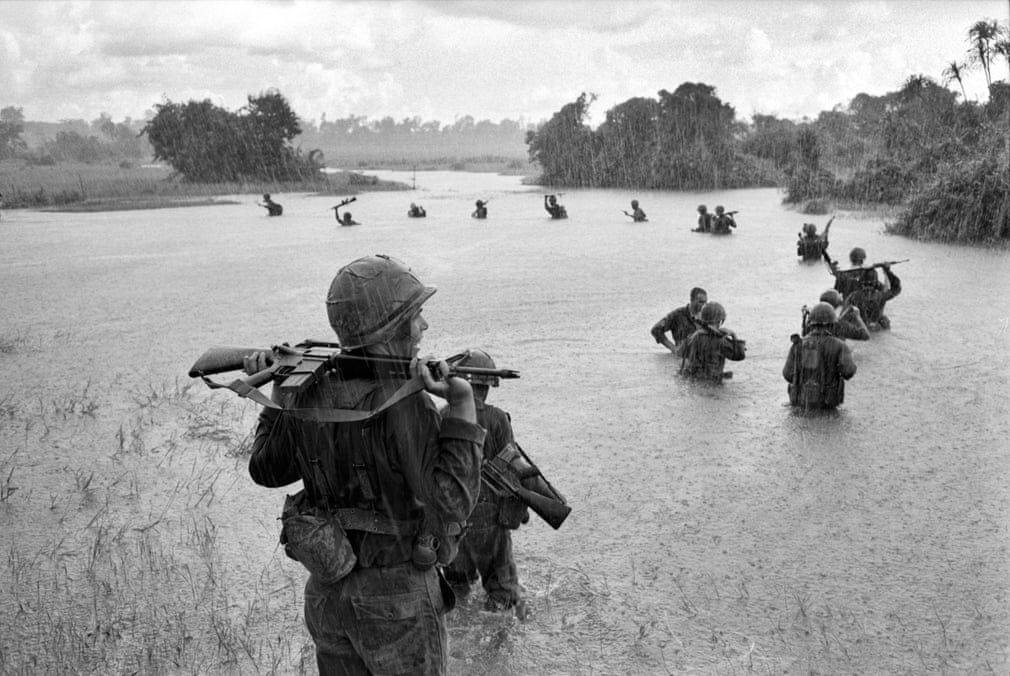 US paratroopers of the 2nd Battalion, 173rd Airborne Brigade, hold their automatic weapons above water as they cross a river in the rain during a search for Vietcong positions in the jungle area of Ben Cat on 25 September 1965. The paratroopers had been combing the area for 12 days with no enemy contact

What made the Vietnam war so difficult for American forces was also Vietnam’s alienating climate. American soldiers who were trained in very opposite environments from South Asian countries weren’t capable of bearing the subtropical climate of Vietnam. Besides NVA’s bizarre war tactics, one of the challenges they faced was the intense weather, which was making it like hell. On the contrary, the Vietnam army and Viet Cong weren’t just used to that but also had significant advantages of sound knowledge of the local people, language, and terrain. They used to ambush and disappear into the woods like an invisible force.

In the war against the superpower, the United States, Vietnam War soldiers endured uncountable hardships and faced horrible situations of Vietnam’s extraordinary wildlife. However, they were somehow physically and emotionally empowered to tackle those challenges exposed to them as they were inhabitants of this land. On the other hand, American soldiers who belonged to a different region could not cope with the challenges wildlife in Vietnam’s jungle exposed to them. American Soldiers

During the war, hundreds of US soldiers died from snake Bites and other diseases caused by unforeseen wildlife insects. In 1968, on their return to the United States, the “Hong Kong Flue” epidemic broke out on the west coast.

Communist forces fought very maliciously and well-planned. Countering their previous strategy, “Elephants and Tigers,” in the Indochina wars, they adopted an entirely different strategy, ensuring the enemy isn’t prepared for whatever situation they would bring upon them. Evasion and concealment were regular throughout the terrain. They had deep tunnels underground where they ran and hid and emerged from them unexpectedly and ambushed the enemy. Historical authors also write that every family in Vietnam was obliged to dig a 7-feet deeper tunnel from their house with a hidden opening in very everyday things like a kitchen, veranda, or storeroom. 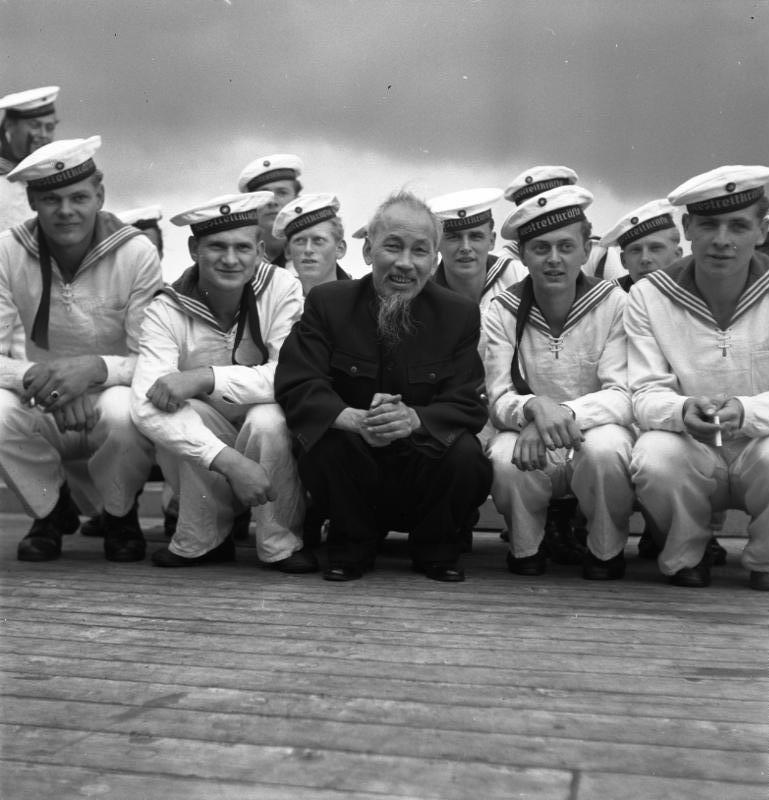 The war faced fierce resistance from communist forces in Vietnam. The country was already undergoing a revolution initiated by Ho Chi Minh and a civil war against capitalism, a new economic philosophy gradually spreading in eastern countries. One of the uncommon tactics communist forces adopted was deliberately prolonging the war, which deeply disturbed the US military supply chain as the west was too far. Soldiers grew exhausted, and back in the united, the American public started to question their military leadership, whether Vietnam was truly their concern, and why did they step into it.

On the other hand, soldiers stuck in Vietnam woods faced difficulties when the supply chain of armaments and food was affected. Spotting the enemy’s weakness, Viet Cong resumed the ambushes and combat attacks. They were really smart and trained to use whatever resource available to them and turn them into handmade armament that can be fatal. The most common weapons they used were Chinese-made machine guns and other confiscated armaments from the Indochinese and Japanese wars. Having the complete support of the Soviet Union, they had the special soviet-made artillery and various types of grenades that supported their guerilla war tactics. What made the Vietnam war difficult for the US was their inability to respond smartly in a foreign environment while the Vietnamese were prepared to fight even in uncertain situations.

There were a number of factors that made the Vietnam war so difficult for American forces. War is war. It’s a dilemma whether war brings peace or destroys it. The landmines diffused in the ground are still found in Vietnam long after the war has ended, and the traumatic period they survived made the Vietnam war so difficult to endure for everyone involved. Life Learnings You Get From Memoirs

Life Learnings You Get From Memoirs

This is an autobiography of a veteran to help people understand and realize that our country came at a great price and we need to pay more respect to it than we actually do.